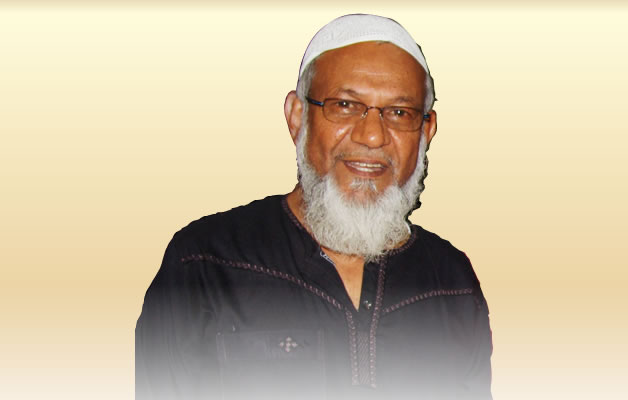 He has the distinction of cooking for a whooping 68 000 people in one sitting for Eid-ul-Adha (the festival of sacrifice) in 2011 in Durban. Then in 2012, he cooked and fed 48 000 people, for a single meal without any trouble at all. He also cooks at the mass religious functions hosted by the Sofee family which attracts thousands of people.

His lamb dishes like his Kalia, Karaigos and Jalfrezi have become household favourites, while his chicken selection like the Toshi, Musallam, Nawabi, Chisti and Tikka have become standard for many major functions throughout South Africa. His fish Laadu coupled with an array of prawns cooked to a multitude of tastes have become the subject of conversations around many stately tables. When it comes to desserts, the all time favourites of Bombay Crush, Finni, Sojee Halwa, Gajaar Halwar and Faluda are standalone delights. Don't forget his Black Forest cake.


Mr Manjra is a humble man and works from his compound in Sea Cow Lake which had grown from a four roomed house into a complex of modern buildings which includes kitchens, a suite of offices, giant cold rooms, a restaurant and a colossal warehouse. Yet, Mr Manjra will tell you he started his business under a tree in 1985.

"When I started out on my own, I vowed that I would cook food which would not only be nourishing and tasty but would also give people the satisfaction of knowing that I used the best ingredients to ensure value for their money " said Mr Manjra.


He pointed that cooking has always been part of his life and for as long as he could remember, he always enjoyed working in the kitchen. "My grandfather, Mohammed Bemat was tailor who arrived in South Africa in 1913 and settled in Pietermaritzburg. But my father, Mr Ahmed Bemat while still a boy, went to Durban and was employed at Mullah's Cafe in Victoria Street as a water boy. His job was to walk around the restaurant with a big jug of water for the hungry diners who turned up at all hours of the day and night. My father virtually stayed on the premises " said Mr Manjra.

The super talented Chef is an icon when it comes to Indian foods and he gives the western specialities his own twist, which is said to take the European cuisine to another level. He has a series of ancient recipes handed down to him by his father, Mr Ahmed Bemat and which had been collected for many years of cooking in the best restaurant kitchens of the world.

He said that at that stage, two boys, his father and another both had the same name, Ahmed. One day Mr Mullah shouted for Ahmed and both boys responded. He told my father that from then on, his name would be Manjra because he had light green eyes. The name stuck and my father grew up in that restaurant and became an assistant to Mr Mullah who taught him how to cook. "My father spent more than 30 years working for Mr Mullah before his mentor called him aside and told him that it was time for him to open his own business " said Mr Manjra.


His first venture was at 86 Queen Street, but the shop was not a success and for the first time the family moved out of city and into the suburb of Overport. Here my Father started a small business in the yard of our house in Sheringham Road. He would make jaleeby and sev and my job was to take it to each house in the neighbourhood, especially on Thursdays because people held religious functions on that day of the week.

"We did well and soon my father landed a job at Delhi Restaurant and we moved back to the city. He also cooked haleem for the Muslim community during the Holy Month of Ramadaan. Our luck began changing and soon, my father opened his own Restaurant, Club Salamaat in Cathedral Road " said Mr Manjra. It was in 1960 that Mr Manjra joined his father and worked in the kitchen after school.


"This was the place I wanted to be and I was a keen student. I wanted to become a top chef in the country. I began absorbing everything I could and very quickly, I realised that temperament was a key factor. My father always took God's name and then sent Salutations to Prophet Muhammad (Peace Be Upon Him) before he started cooking. This kept him calm and cool. He knew he was in charge and was focused " said Mr Manjra.


Club Salamaat became the place to eat and visitors to Durban from throughout the country and far flung cities in the world would pitch up to taste the food. "At times people would queue to have a meal and some of them waited a very long time. But they would not leave until they ate " said Mr Manjra. He said that his two other brothers, Gora and Ismail joined the business and the family's reputation grew and they enjoyed wide acclaim.


Contracts to cook at weddings, official functions and other major events virtually poured in for the family.

Business was good and it was time for Mr Manjra Senior to take a back seat and summoned his three sons.


He told them that if they wanted to go into business and used the family name, they had to vow to cook using only the best ingredients and when it came to meat, fish, chicken and vegetables, all of it had to be prime grade.


The brothers went out into the world to set up their own operations and Mr Solly Manjra found himself in an open piece of ground under a tree in Sea Cow Lake. He had the support of the landlord and he started with his own style of cooking. After a few years, he had to move because the landlord wanted to extend his business. This is when Mr Manjra moved to 9 Lakedale Road, Sea Cow Lake.This is where his headquarters are now situated and is the centre of all his activities.

Now with him in the business is his two sons, Muhammad and Ahmed. They are being trained by the father whose motto is:

"When you want to rest - Don't hesitate. Contact the best. From a match stick to a tooth pick."